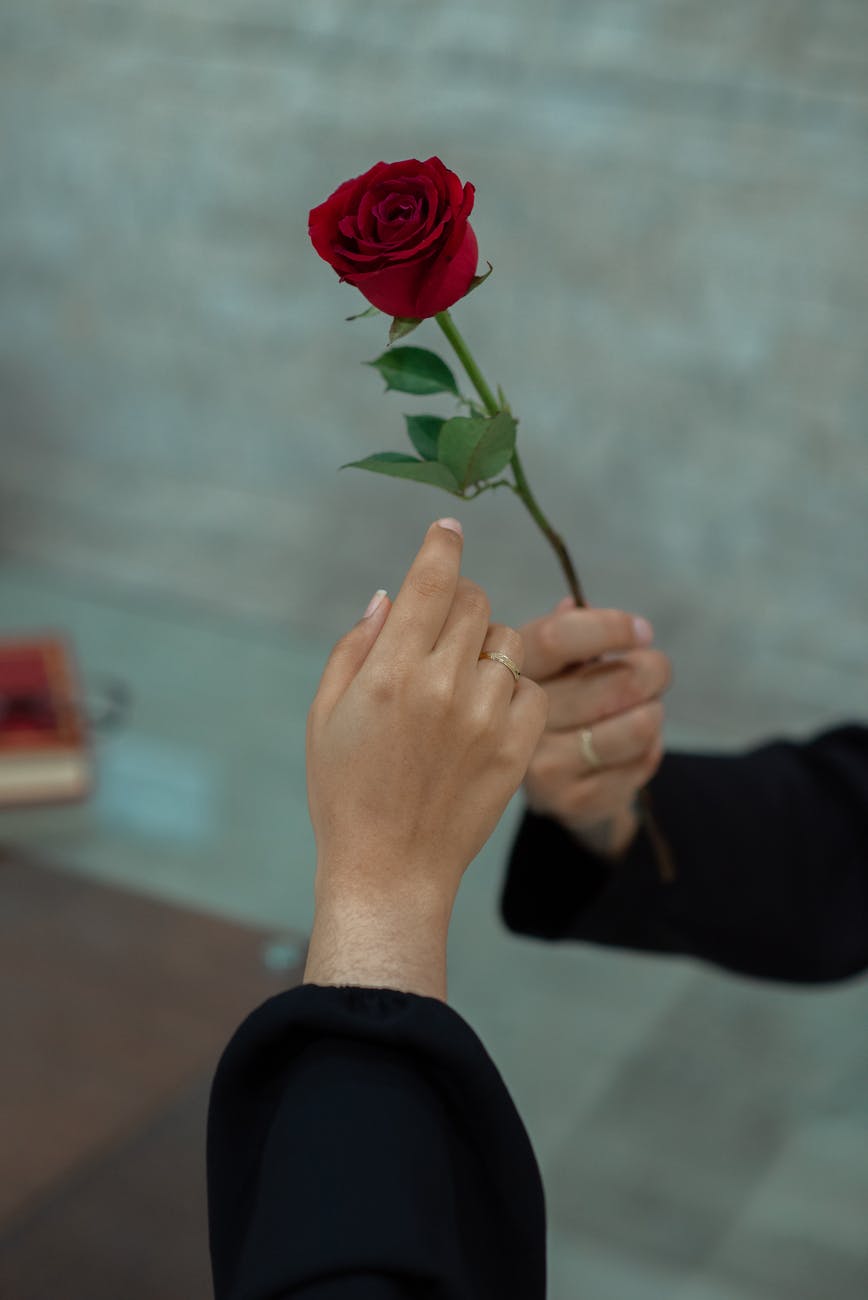 I have never had an easy time with making friends. It’s an area that I feel needs a lot of trust and I have trouble giving that out.

One of my biggest faults is that I am so closed off from people. It is difficult to open up and let people in. It is definitely a side of me that has not fully healed from the past.

When I meet a new person, I like to observe them, see what they are about. This often comes across the wrong way, as it can be seen as judging. Fact of the matter is, I’m not judging, I’m just trying to figure out whether I am safe with the person.

Can I trust this person? Can I tell them things about me? Let them get to know me? Will they find a way to hurt or betray me? Analyse, analyse, analyse.

Too much analysing usually makes you lose your chance though.

I wish I could be the open, carefree person, who is just friends with everyone. The thought alone scares me though.

As often as I talk about wanting new friends, the truth of the matter is, I’m probably just not ready for new ones. I’m learning to be okay with that, in a world where everyone seems to be amazing at socialising. Healing takes time, building trust takes even more, and the right people will come and be patient. Most of all, they will stay.

So, many of my recent posts have been a bit on the “deeper” side and I figured it was about time I told the world about my best friend, Ally.

This is her birthday weekend and I will be going up to Boston after six long months apart to celebrate it with her. Let the drinking and gossip commence!

Ally and I met two years ago, while living abroad in Ireland, through an app. A very modern way to start this story, I’d say. At the time, I had only been living there for two weeks, while she had been there for a few years already. I had lived abroad a few times at that point and knew the best way to meet people was either by going out or going online. This means Facebook groups or modern apps, such as Bumble Friends. We used a different one, which actually does not exist anymore (RIP.)

Ally reached out to me and we soon began talking and made plans to meet that very week. Honestly, the whole thing felt like a date, minus the romantic interest. We hit it off so well it was as if we had known each other our entire lives. From that point on, we actually became inseparable. So much so, we moved in together the same year.

Both of us have since moved back to the States, living about three hours apart. Might be hard for some, but we talk 24/7, so besides not seeing each other every minute of the day, things haven’t really changed.

Ally was the friend I needed at the time where life was a bit confusing. Moving to new places is always hard, especially when it is completely alone. Add having the emotional baggage your carrying along, it becomes even harder. Ally and I were in similar situations when we met, both working through things, both needing that person to build the other back up. We always say, we saved each other.

She’s my soul sister, the one who gets me without me even having to say a word. She cheers me on from every sideline, pushing me to always do my best. Sometimes I think she believes in me more than I believe in myself.

Everyone needs a person in their life who is like Ally. I am extremely lucky to have her as a best friend in life. It’s a lifelong friendship for me, one I will never take for granted and I know it’s the same for her. Life only gives you a few genuinely good people, so I say when you find them, whoever it may be, best friend, family, or partner, make sure to hold on tight cause it’s love and friendship which make the journey worth it.

Do you have any people who you cannot see life without? People who feel like they were put in your life at the time you needed someone the most? Let me know all about them in the comments! Xx 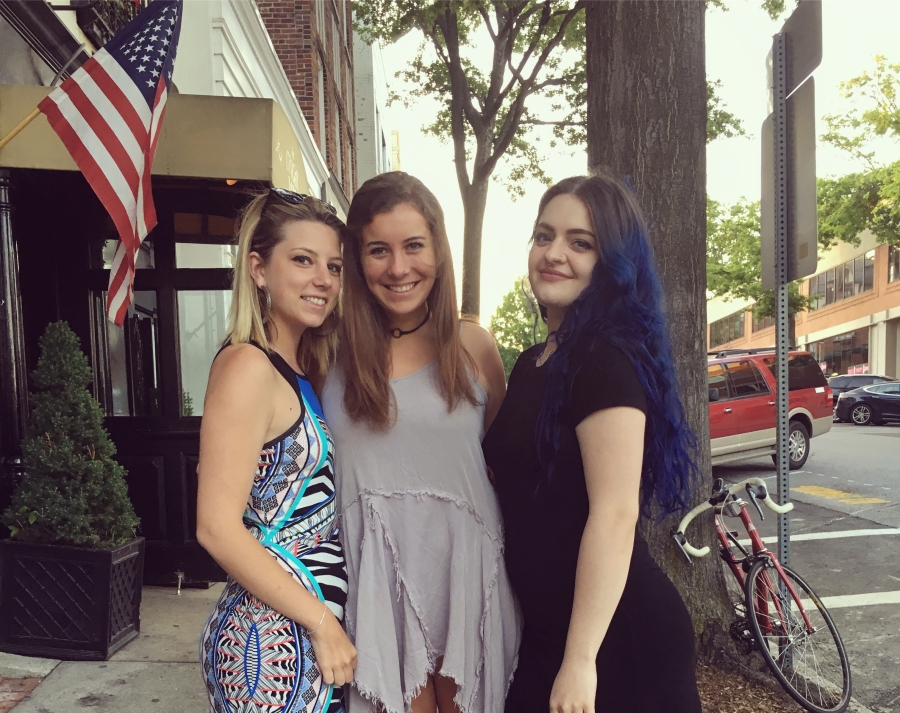 As you grow up, it comes as no surprise that people move away and begin lives of their own. This is always tough, especially when it turns out being your two closest friends who move away.

As mentioned in the previous post, my best friend, Ciel, lives in Boulder, Colorado. That is a four-hour plane ride from where I currently live in New York. She has been my best friend since I was thirteen, so when she left five years ago, a part of me, dramatically, went with her.

My other best friend, Becca, who I have also known since I was thirteen, recently moved away to Israel. This, is obviously an even further distance away than Colorado, and I lost another part of me with her. (Clearly, I must be running low on parts.)

Now, I am all about the dramatics, but I truly was very torn up when they moved away. It felt as though I had lost them for good. This, of course did not happen because we are best friends for a reason and them moving away, but maintaining a ridiculously close relationship, only solidified that.

This post will explore the multitude of lessons I have learnt when it comes to have long distance friendships and maintaining them.

I’m not going to lie, when they moved, I cried as though they had died. This was in part since if I have the chance to overreact to something I will, and that I had never really been without them. If there was anything wrong in my life or I just wanted to hang out, they were just a five-minute drive away. But even when you no longer live five minutes away, you still have them in your life at some capacity, and that is better than not at all.

Seriously, I could not imagine having lived during the time when you had to write letters and wait weeks for them to arrive. Technology has given us so many ways to stay in touch 24/7, if you really wanted to. USE THEM.

Like relationships of any sort, communication needs to go both ways. Sometimes, this means you do not talk for weeks or even months, but eventually one of you will reach out. Just make sure that when they do, you are there.

I can go weeks without speaking to Ciel, yet whenever we get the chance to facetime or see each other, everything is the same as it was before. We have a bond which distance and time cannot change and I am blessed to have her in my life. Becca, on the other hand, we speak weekly and it remains one of the best parts of my week. So, when we see each other after months of being apart, it feels as though she has never lived more than five minutes away.

Honestly, it may seem like a ridiculous statement to say it is the BEST way, because why should you have to move to figure that one out? But I truly believe in it. It is the friends who stay in contact with you, worry about you, love you, and refuse to let your friendship die, even when you are hundreds or thousands of miles away, that are your true, soulmate level, friends. For me, those people will always be Becca and Ciel.

What are some lessons you have learnt when it comes to long distance friendships?